The Club's Championship Finals were held on Sunday 27th September 2015 in perfect conditions.   Results were as follows with photos below: 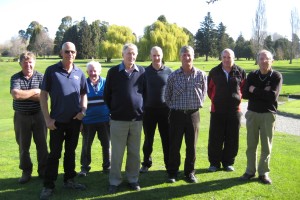