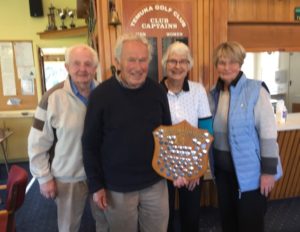 Photo shows Brian and Faye Mulvey (middle of picture) flanked by the two JD's - both Life Members of the Club - John Donoghue and Jan Davenport.